Building our workforce the Denholm’s way

May 18, 2019 - Posted in: Business, Coporate, News, Commitment to Service, Recruitment

Denholm, Rees & O’Donnell and C E Edwards are extremely proud of our commitment to the entire team of staff without whom we couldn’t achieve what we do. In this modern world of zero-hours and short term contracts we are fortunate to have so many staff who have been with us for many years while others move on then return to work with us after time away with other companies expanding their skills and knowledge.

Part of our philosophy is to always look for opportunities to recruit staff internally. We like to recognise effective performance and use good people to influence and develop others.

Here are 2 recent examples of the DRO/CEE philosophy in action: 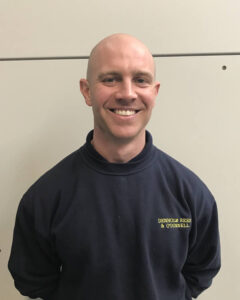 Lee has over a decade of experience in precision engineering and manufacturing.  Having started out as an apprentice in 2004, he has gone on to achieve an NVQ Level 3 and an HNC at St Helens College. As a time-served apprentice, Lee is an important member of Denholm’s ever-expanding CNC machine cell team, helping produce complex and high tolerance components.

Lee has recently been appointed Cell Supervisor for the Small CNC Cell tasked with ensuring his team hits on time deliveries whilst maintaining a high standard of work. As part of his role, Lee has undertaken an internal cell audit, looking to identify areas that could be improved. As a direct consequence of this work, we have recently completed a major rationalisation of the Small CNC Cell together with a complete resurfacing which has brought a smart new look to the cell.

Lee is looking forward to the future and growing into his new job role. 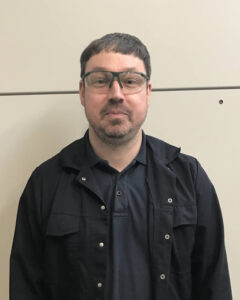 Mick started working at Denholm Rees & O’Donnell as an Apprentice in September 1996 as a manual Turner. During his apprenticeship he took a keen interest in CNC machining and over his 22-year career to date, he has worked on many of the large CNC machines that Denholm have purchased.

During his career, he has also studied for, and achieved, BTEC ONC and Engineering NVQ Level 3.  This extensive knowledge and experience made Mick the ideal candidate for promotion to his new role as Large CNC Cell Supervisor.

He looks forward to many more years both building his career and helping the company to grow.

Partnership for Performance – the ideal Win:Win

We love to hear from our customers on how we're doing.